“The war conflict and subsequent sanctions throw globalisation back to the 1970s. They reduce the ability of multinational corporations to exploit cheap labour globally, reduce the purchasing power of the populations of so-called economically developed countries where it is profitable to sell products and services, and leave only the third feature of a globalised economy – the ability to pay taxes in tax havens,” writes Jan Keller.

Coincidentally, a Jerusalem Post commentator makes a similar point when he notes that economic sanctions are irreversible. Even if they are lifted in a few years, McDonald’s will not return to Russia because the space will be filled in the meantime by local competitors supported by the local state. The same applies to multinational manufacturing chains. Some banks will learn to bypass SWIFT. And the whole Third World sees that holding reserves in dollars or euros is extremely risky, because the US government can seize those reserves in a matter of hours whenever it likes.

Another factor is that the United States has probably lost the ability to invade and destroy more and more countries (as the cases of Kazakhstan and Venezuela, where attempts at a US takeover have been repelled, suggest). After Ukraine, it is legitimate for Russia and China to support absolutely anyone who is anti-American, and that includes supplying arms. The usual and tried and tested method of “if you don’t do business with our companies according to the rules set by those companies, we’ll deal with it militarily” may no longer be applicable.

Will this end in the break-up of multinational corporations and a return to national life? It may not. A new aristocracy (the global corporate bureaucratic upper class) has already formed and will do anything to maintain itself. When it becomes more difficult to export production, there will be all the more pressure to import manual workers. It will intensify repression against the domestic population in the US and individual European countries, in the hope that their relentless gouging will replace the gains of ending globalisation. The pretense of democracy will end.

But it will also be a time when counter-elites may emerge. This is the first step towards much needed change. And make no mistake, it is very difficult to imagine that this change could be for anything worse than what the current global liberal system offers (or threatens). 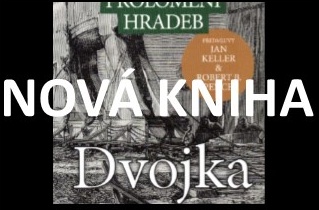